How to use a condom: the dos and don't of condoms | Play Safe
The fun stuff

Vote in the polls

See what everyone else thinks

Here's what it all means

How good is your
safe sex knowledge?

The Dos and Don’ts of Condoms

Did you know that condoms are the only form of contraception that protect against both unplanned pregnancy and sexually transmitted infections (STIs)?

When they’re used correctly they’re over 98% effective, but it’s easy to make mistakes that could result in condoms slipping, breaking, or coming off during sex.

To protect yourself and your partner from STIs it’s time to brush up on your condom skills, and follow the dos and don’ts of getting it right. It’s all part of looking after your sexual health and putting your health and wellbeing first.

How can I use a condom safely? 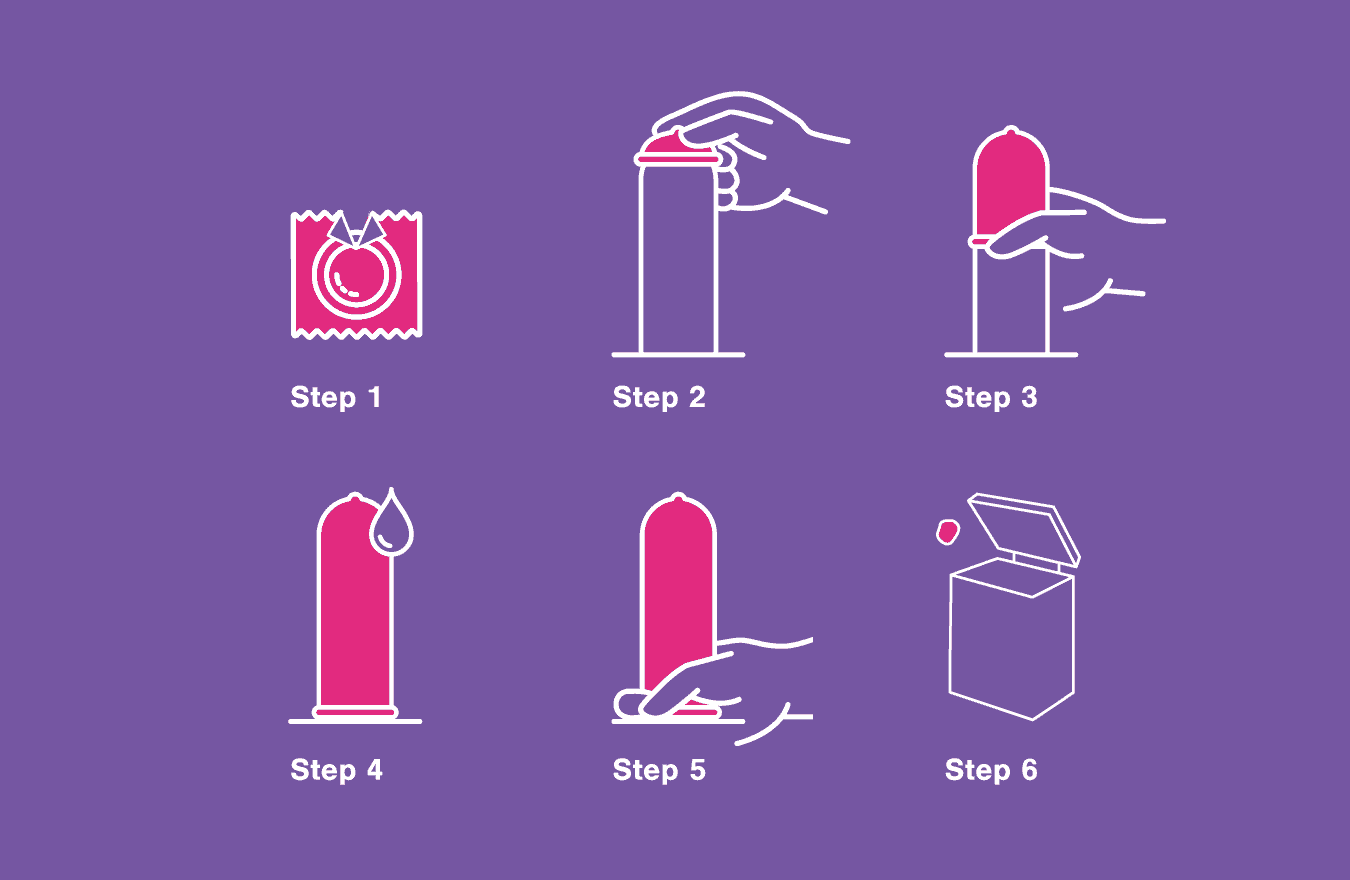 Using condoms correctly is vital if they’re going to keep you safe from STIs and unplanned pregnancy. Follow these easy steps to success.

If you don’t have a penis try practising on something like a banana. We’ve got plenty more information on how to use condoms here.

We’ve spoken a lot about the external condom here – used by people with a penis. But did you know that there is also the internal/female condom too? These are also effective against protecting from unplanned pregnancies and STIs.

Why do condoms fail?

A broken condom is more common than you might think and there are a few reasons this can happen. These include things like using the wrong lubricant, choosing the wrong size condom, putting the condom on incorrectly, or the condom being past its use-by date.

During intercourse, it’s normal for friction to occur, but friction can cause the condom to weaken and potentially lead to breakages. To avoid this it’s recommended to use lube to help minimise this friction. Always use a water-based or silicone-based lubricant that’s made specifically for sex. Oil-based lubes (like baby oil or moisturiser) will damage the condom and increase the risk of it breaking even more.

Did you know that condoms come in lots of different sizes? Finding the right fit can make a huge difference to comfort as well as safety. If a condom is a wrong size it could slip off, split, or break during sex.

If you’re worried about fit, the best thing to do is to practice on your own and try out lots of different sizes and brands so you know what feels best for you. That way, you’ll feel confident in the moment when you’re with a partner.

The condom is past its use-by date

While it might not seem like a big deal if a condom is out of date, an expired condom will be weaker and more prone to breaking. If it’s out of date, throw it out.

The condom hasn’t been removed properly

Not knowing how to use a condom correctly

This is the big one. The most common reason that a condom fails is simply because it hasn’t been used properly in the first place. Follow the tips at the start of this article to make sure you put the condom on correctly. If you’re struggling to roll the condom down, there’s a chance it’s inside out. Throw that one out and start again.

Is it bad to reuse condoms?

We can’t say this enough. NEVER re-use a condom. Condoms are a one-time thing and should be used once and then thrown away.

It’s definitely not okay to wash a condom and re-use it. Most condoms are made from latex and washing it will compromise the integrity (strength) of the condom and make it more likely to split, tear, or come off during sex.

What are the dos and don’ts of condoms?

Now you know all the details of why condoms are a must for healthy sex, how they can fail, and how to use them correctly, it’s time for a quick recap of the dos and don’ts.

If you want to know more, phone the NSW Sexual Health Infolink on 1800 451 624 between 9:00am and 5:30pm Monday to Friday to talk with a sexual health nurse. It’s confidential and free if you call from a landline.

Condoms: Get the facts

Here are some facts about condoms that you probably didn’t know… Condoms aren’t always made of latex Some of the first condoms ever used were made of animal guts. True! Now, most condoms are made of latex, which is a type of rubber. But there are also condoms made of […]

Have you ever been in the situation where you are getting hot with a guy and then he drops the line “I can’t find a condom” while fumbling around in his bedside table or wallet? Yep, that’s a mood killer! Girls can carry condoms to make sure they are ALWAYS […]

Some STIs don't have symptoms

Where can I get tested?

Find your nearest doctor or clinic?

Ask our nurse a question

STIs and their symptoms

Get the facts here

From the forum
What's the worst sex advice you've ever received?
Read more